Mintu Gurusaria Journey from a drug addict to Author and Filmmaker 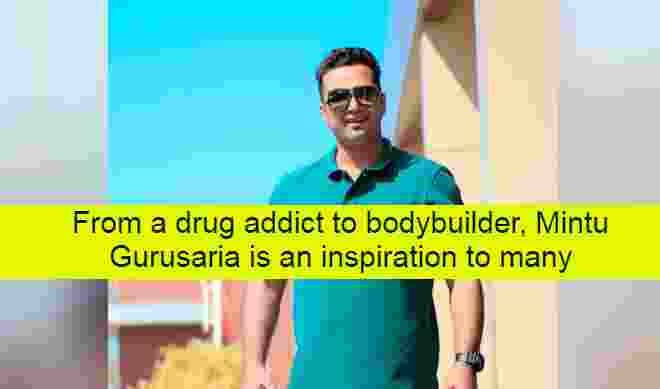 Mintu Gurusaria aka Baljinder Singh Sandhu (41), once a gangster and drug addict changed his life journey to become an author, Radio announcer, Film Maker and Source of Inspiration to many.

After saying his final bye to drugs and other criminal activities, he is now a successful filmmaker and author of three books, and a radio announcer in Canada and USA based Radio channels. Mintu Gurusaria is hailing from Gurusar Jodha village of Lambi.

Dakuaan Da Munda and Zindagi Zindabaad are the two of his movies that fall in his kitty after shunning the drugs. Mintu had been a Kabaddi player and entered the world of crime when he was just 16 years old. He suffered many challenges in his life along with criminal charges of dacoity and murder on his name. He lost his father and grandfather in this dirty game of drugs. He gradually left everything behind and started living a healthy life as a bodybuilder after a road mishap in 2011.

While recalling his past Mintu said that there was a time when people ask their children to stay away from me and now people from other states and abroad come specially to meet me and take selfies. In 2011, when I was bringing drugs from Haryana, I met with an accident and that made me bedridden. That thing changed my life completely as due to my ill practices my father had already disowned me from his properties.

Mintu said that he could not attend the last rites of his father and the marriage of his younger brother due to his criminal background.

His successful journey, however, was hard-earned. “We had 11-acre land, lost almost everything due to my addiction, including my father and grandfather. Now, I have built a house, live normal married life like any other person. Some people did try to stop me from mending my ways, but by that time, I had made my mind,” said Mintu. “Drugs only ruin families. My books and movies too give this message to society. I have even met the Chief Minister and suggested to him some steps to curb the drug menace in the state,” he said.