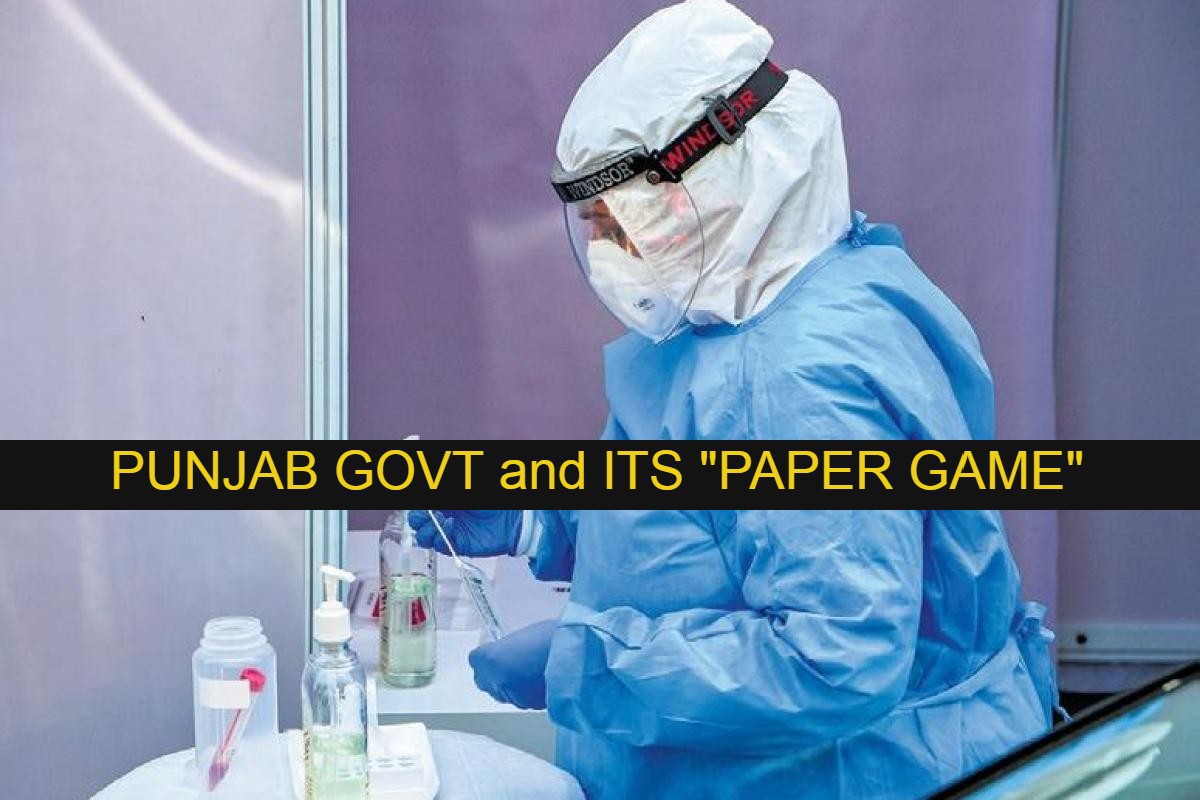 On 20 April, 17 Lakhs PPE orders placed without the idea of guidelines that should be given to units. Just to have Pat on the back and virtual claps on social media, Punjab Government played Paper Game with its own people. Industrial Units of Punjab, who are assigned to prepare PPE Suits for our Corona-Warriors, are trained on 2nd May on how the PPE Suit should be prepared considering the medical experts. Now, the industrial units are wondering what have they prepared so far and have sent to the government. Because, before this webinar, none of the industrial units was aware of the guidelines to prepare the PPE Suits. As a result, some of the industrial units have refused the tender of the government to deliver impractical demand.

This is pertinent to mention here that Coronavirus has taken the State in its gut for more than 40 days ago and Government has entitled the PPE SUIT preparation work to the industries two weeks ago yet the experts of the same field are broadcasting webinar yesterday (2 May) from “APPAREL EXPORT PROMOTION COUNCIL” ON “MANUFACTURING OF PPE PRODUCTS UNDER MEDICAL TEXTILES”. This all is happening, when 22 industries already have given with lakhs of orders. Isn’t this showing the laxity of the Government?

Now, it cannot be possible to create such a big infrastructure in a few days and attain that enlightenment and energy overnight on preparing lakhs of PPE Suits. This is what one of the industrial unit Owners of Ludhiana based company said on asking why did they refuse the order of 1 Lakh PPE suits given to them by Punjab Government.

10K received by Government so far!!

PPE Suit– a weapon that can protect doctors or any person from the virus. Punjab Government is boasting of ordering 22 industrial units of Punjab to create 18 lakhs of PPE Suits. But, the reality is far different from what is shown on papers. The Government is trying to woo its people while playing with figures on Papers whereas the implementations and the required infrastructure is lagging with Punjab Industries to produce efficient PPE Suits.

On the condition of anonymity, Ludhiana based industrialists said that Government has no specific guidelines on PPE Suit preparation, what should an industry have, what kind of atmosphere should be and how the PPE would go disposed off. The Government has no concrete plan on this. The Bureaucrats are playing paper games to woo people of Punjab.