Wheat Grains in name of Ration in Chandigarh, a mockery of Hunger 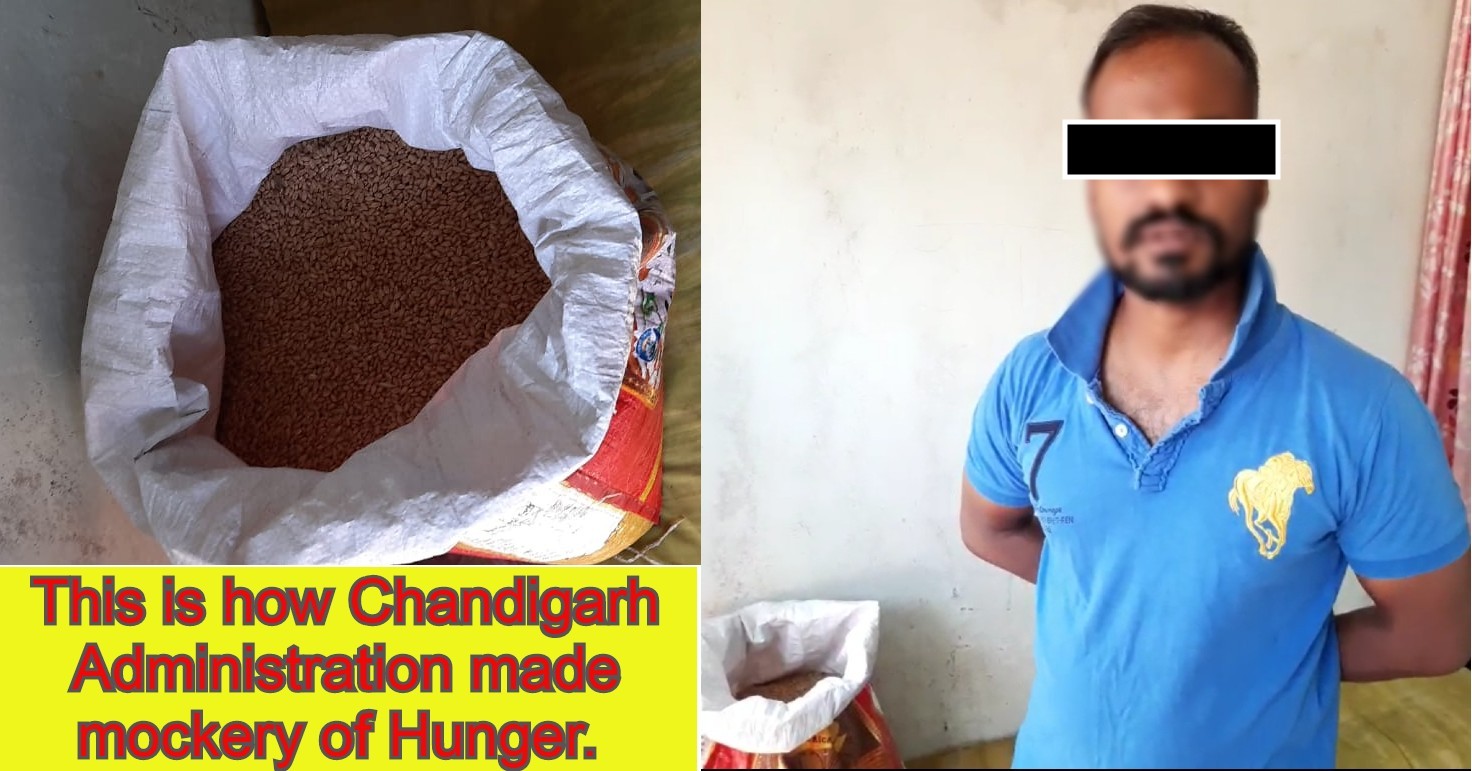 Though  a robust economic package of Rs 20 lakh crore was announced by Indian Prime Minister Narendra Modi for “Aatamnirbhar Bharat” but it seems not even an iota of it has tricked down to millions of migrant labourers who have been starving and finding it difficult to survive in corona crisis. Many labourers who have become unemployed amidst lockdown have been reeling under poverty and many have not got any ration from government or have just got wheat grains. They are questioning the Government authorities that what would they do with these wheat grains as they cannot moved out to get it to grind.

Chandigarh based lawyer has come in support of these migrant labourers and helping them to fetch their supply of ration and has moved an RTI  asking the motive behind creation of Prime Minister’s National Relief Fund (PMNRF) and Prime Minister’s Citizen Assistance and Relief in Emergency Situations Fund’ (PM CARES Fund) as nothing has tricked down to the poor and needy.

Shariq Khan, a rickshaw puller, has been out of the job due to lockdown. He has exhausted all his savings and now finding it impossible to feed his family of 5 members. Despite having a ration card, he did not get any benefit from it and it was only with efforts of NGO, he could get cooked meal for his family and that too just once a day. Sharing his pain, Khan said, “ I did not get any ration from the government. I have no source of income and I do not know how we would survive.? On being asked about 20 lakh crore package announced by PM Modi, he said, “ We want food and money now and not 5 years down the lane. I do not understand these big figures, what I understand is, that without food and money, we all will die soon.”

Another migrant labourer Babloo who hails from Uttar Pradesh just received 10 kg wheat grains for a family of 7 people. He questioned that “In lockdown when everything is shut, what would I do with 10 kg wheat grains? It has to be a flour rather than a grain to consume.” Elaborating his condition he further said, “ government is making a mockery of poor people. How can one just survive on just-food grains only?” He has also sent his compliant to authority but no avail. He is getting his meals by local volunteers who are distributing food to needy.

Chandigarh based Advocate Jagannath Bhandari has now come in support of these migrant labourers and have filed one Right to Information and sought information motive behind the creation of Prime Minister’s National Relief Fund (PMNRF) and Prime Minister’s Citizen Assistance and Relief in Emergency Situations Fund’ (PM CARES Fund) and information regarding funds received from the date of its creation up to till date. Bhandari said, “ If people of India have done so much of donations then why it is not tricking down to poor?”